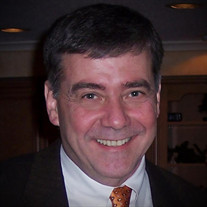 Anthony “Tony” Tripolone, 74, passed away peacefully on February 18, 2021. A lifelong resident of Syracuse and Liverpool, NY, Tony and his beloved wife, Gloria, moved to Menifee, CA in 2018, achieving their dream of spending their retirement years in sunny, warm Southern California. Tony was born January 4,1947 to Bernard and Rose (Lazzaro) Tripolone. A North Side native, he graduated from Prescott School and North High School. He attended Syracuse University, receiving a BS in Education and an MS in Guidance & Counseling, and he continued to complete additional coursework towards a doctorate. Shortly after graduating, Tony became an Asst. Professor of Communications at Onondaga Community College, where he taught for 22 years. He retired from OCC and then transitioned to administration, serving as principal of Bishop Grimes and later Mt. Markham High School. He moved on to become Director of Curriculum at Mt. Markham and then Administrator of Data Analysis at Wayne-Finger Lakes BOCES. His desire to improve education in NYS led to his development of the website Data Mentor and the creation of DATAG, a statewide organization to share data analysis concerns and ideas. He co-authored a book on using assessment data to improve teaching. He was a member of many local, state, and national educational organizations. Even after retiring in 2010, Tony continued to work as an educational consultant for area school districts. In between his professional career, Tony served in the US Marine Corps Reserve for 6 years, owned and operated two of the first Subway restaurants in the Syracuse area, joined his brothers in new home construction, and was a licensed real estate broker. He was also deeply involved with the Muscular Dystrophy Association as a camp counselor, fundraiser, and president of its executive board. And to satisfy his love of music, he played drums in two different local bands. Tony met Gloria, his best friend, and the love of his life while they were both students at SU. It was love at first sight. This August would be their 50th wedding anniversary. They were blessed with two wonderful, exceptional sons, Matthew and Anthony, who have brought into the family two incredible “daughters”, Hannah and Lyndsey, and two dear grandsons, Nicolas and Lorenzo, who held a very special place in their Grandpa's heart. Tony was well-respected by his peers and dearly loved by his family and friends, whom he loved deeply in return. Tony is predeceased by his parents, his oldest brother Philip, and his brother-in-law Nick Biondi. Besides his immediate family, he is survived by his brothers, Bernard (Bonnie) and Mario (Jodi), his sister-in-law, Liz Biondi, many nieces and nephews, great nieces and nephews, a great grandnephew, several aunts, and many cousins here and in Italy. A Mass of Christian Burial will be celebrated on Tuesday, March 9, 2021 at 11:00 am at Pope John XXIII Catholic Church in Liverpool. Entombment will follow in Our Lady of Peace Cemetery Mausoleum, Baldwinsville. To attend the funeral mass remotely, please visit the Pope John XXIII Church Liverpool YouTube page at 11:00 am on Tuesday. Family and friends may call from 4-6 pm on Monday, March 8, 2021 at the THOMAS J. PIRRO JR. FUNERAL HOME, 3401 Vickery Rd. (corner of Buckley Rd.) N. Syracuse, NY 13212. In lieu of flowers, contributions in Tony’s name may be made to the charity that means the most to you.

Anthony &#8220;Tony&#8221; Tripolone, 74, passed away peacefully on February 18, 2021. A lifelong resident of Syracuse and Liverpool, NY, Tony and his beloved wife, Gloria, moved to Menifee, CA in 2018, achieving their dream of spending their... View Obituary & Service Information

Send flowers to the Tripolone family.