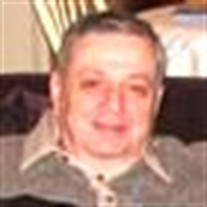 Clifford Eli Kobland, 82, North Syracuse, died peacefully with his children and wife by his side on January 4, 2021. He is survived by his loving wife, Barbara (Barbie); son, Keith Kobland (Marybeth); daughter, Beth Meyer (Keith); grandchildren, Nathan, Rachel, Catie and Aiden; and brother, Ken Kobland (Ejay Sims). As Dad was an avid fan of thoroughbred racing, please read the following with a horse race in mind. And they’re off: Dad was born a year before World War II to Rae and Herman in Bronx, NY. His brother, Ken followed 8 years later. Dad attended Wilkes University and met Mom in Allentown, where they both worked in a psychiatric hospital. Dad joined the U.S. Air Force and two kids soon followed. Rounding the turn: Dad’s military service took him around the world, to Iceland, Greenland, and Alaska, where he served as commander. He also worked for NORAD, protecting the skies over the eastern coast. The family spent their early years in places followed by the letters AFB (Air Force Base): Topsham, Hanscom Field, Otis, Stewart and Hancock Field. Yearly moves were common and while I’m sure stressful for Mom, never felt that way for the kids. Heading down the straightaway: Dad was always a sports fan, rooting for the Phillies, Flyers, Eagles, and Tottenham Hotspur F.C. But his true love was thoroughbred racing. During his time as an Air Force recruiting commander, he was tasked with locating recruitment offices in NYC. It’s no coincidence that some of those offices were established in buildings that were never far away from an OTB. His love for sports was genetically transposed to his son, who to this day still wears Phillies gear at night and on weekends. Once Dad left the service he and Mom settled in North Syracuse and started their own small houseplant business. Around the turn: Dad’s biggest love were his grandchildren. He had a special bond with each, and they truly loved Grandpa and are on record as never wanting to leave Grandma and Grandpa’s house. To this day there are signs of Grandpa in each of them. While his son and daughter have been gently reminded about this fact-that it took a while for he and Mom to finally get grandchildren—this was the one part of his life that dad warmly embraced and excelled. It took 60 plus years, but it was easily his best role to date. Down the stretch: However, it was not his final act. Using the GI Bill, Dad returned to college, to Syracuse University’s Newhouse School. Dad would always joke that he was not a great student as a young man. As an older adult, he thrived. Dad studied communications and earned his doctorate, his family by his side during his thesis defense. To this day his professors still marvel at this accomplishment. It was one for which Dad, and his family, were very proud. It also led to a faculty position at SUNY Oswego which Dad embraced until Oswego County weather made the drive more thrilling than one would care for. At the finish line: There is so much more to be said about Dad’s life that I can’t possibly mention. He was a lover of pets—mainly dogs early in life and cats as he aged. Cats were easier but loved just as much as were all his animals through the years. Love and respect for animals was a gift he and Mom gave to their kids, and many dogs and cats have led comfortable lives thanks to this. He loved bad food, pastrami and fried dumplings and butter. I can remember the house smelling of comfort food as Mom cooked cheese blintzes, pot roast and potato pancakes (always the top Kobland family meal). To say he was a force of nature would be an understatement. But not an understatement is the love he had for his family and the love they returned fully and unconditionally. In light of Cliff’s love for dogs and cats, his family asks for donations in Cliff’s memory be made to Humane CNY (Humane Association) or Kitty Corner (cat rescue of CNY). The family also wishes to note its appreciation for the compassionate care Cliff received during his time at Syracuse’s VA Hospital.

The family of Clifford Eli Kobland created this Life Tributes page to make it easy to share your memories.

Send flowers to the Kobland family.