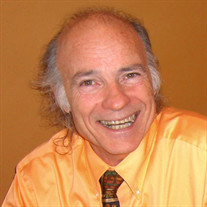 Dale John Gallagher, loving husband, father, brother, and friend passed away peacefully on January 4th, 2022, at the age of 84. Dale was born on November 4, 1937, and is the son of the late John and Mary (Monaghan) Gallagher of Avon-by-the-Sea, NJ. Dale graduated from St. Rose High School in Belmar, NJ; earned a BA in philosophy and theology from Saint Charles Seminary in Baltimore, MD; and a master’s degree in Social Work from Syracuse University. Dale served in the US Army for two years in Alaska, where he saw the Aurora Borealis and experienced the 9.4 magnitude Anchorage earthquake. He was a licensed clinical social worker, a certified hypnotherapist and psychotherapist. He worked with the New York State Division for Youth for 25 years, always seeking alternatives to a punitive system that often left young men with few options. Dale saw the divinity in everyone, even when they could not recognize it in themselves, and he treated them with the respect that divinity deserved. He led by example, a humble facilitator, inspiring and empowering countless men and women to see themselves with the same compassion and empathy that he did. For many, Dale was the father they never had. Dale believed in our potential to come together in community, to move beyond conflict, competition, and fear. He and his wife Nancy co-founded a chapter of the Association for Humanistic Psychology, in Syracuse, New York, convening a community that met monthly for over 40 years, exploring, and developing new models of trust and collaboration. Those who had the opportunity to meet Dale speak of the peace he shared with them, the lovingness of his presence, the gentleness of his soul. He was an exceptional listener that gave his full caring attention with no strings attached. The profound impact of this was felt by all he touched. He wanted the best for all of us, and the suffering of others troubled him deeply. He marched for Peace and advocated for Justice throughout his life; in recent years the struggle to meet the crisis of Climate Change weighed heavily on him. He knew we could do better, he always had faith in the people… Dale was a voracious reader, with a vocabulary to match, always generous with his knowledge, but never imposing it on others. He preferred dialogue to debate, and always had new learnings to share, if you were interested. His humble approach helped others to find their own way, to meet challenges in their own lives. His light moved through the world illuminating paths for those nearby, passing the flame effortlessly to them for the journey ahead. Dale is survived by his beloved wife of 54 years Nancy, their son Thomas, and his sister Joyce Murphy. Dale is met in heaven by his twin brother Mark, who passed in 2020.

Dale John Gallagher, loving husband, father, brother, and friend passed away peacefully on January 4th, 2022, at the age of 84. Dale was born on November 4, 1937, and is the son of the late John and Mary (Monaghan) Gallagher of Avon-by-the-Sea,... View Obituary & Service Information

The family of Dale John Gallagher created this Life Tributes page to make it easy to share your memories.

Send flowers to the Gallagher family.