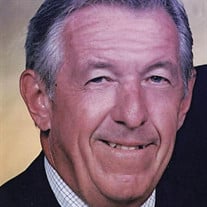 Donald C. Schmidt, 81, of Liverpool and most recently of Camillus, died Tuesday, March 9, 2021 at St. Joseph Hospital Health Center in Syracuse. He was born in Syracuse on August 23, 1939 to the late William and Marian (Miller) Schmidt. Don is survived by his son Christopher Schmidt (Elizabeth), two grandchildren, Henry Francis Schmidt and August Christopher Schmidt, brother-in-law Carl Sunser (Penny), sister-in-law Josephine “Joy” Flood and nieces and nephews Stephanie Sunser, Jason Flood (Ross) and Heather Sunser. Don was predeceased by his wife of 57 years Patricia, parents William and Marian, and brother Gerald Schmidt. Don was born in Syracuse and grew up on the north side where he attended Saint John the Baptist Academy. Throughout his childhood, sports were an important part of life, specifically baseball. Don played Little League, Babe Ruth, and Senior League baseball, and played baseball and basketball for Baptist. He graduated from Saint John the Baptist Academy in 1957, and briefly attended LeMoyne College. Don enlisted in the Army in 1960 and was honorably discharged from the Army National Guard of New York in 1966. Don married Patricia (Sunser) Schmidt at Holy Family Church on August 3, 1963. Don and Pat settled in Liverpool, where they made their home for over 50 years, and were members of Immaculate Heart of Mary Church. Don and Pat were inseparable. They were married for nearly 60 years before her passing in November of 2020. Early in life, they joined the Syracuse Jaycees where they met their lifelong friends, attended Syracuse football and basketball games, took many trips and family vacations, and loved parties with family and friends. In 1973, his son Christopher was born and he passed down his love of everything sport, teaching him how to play baseball, basketball and golf, and how to properly yell at the TV during NY Yankee, NY Giants, and Syracuse games. Don also served as a longtime basketball official in Central NY and received the Al DiStaola Silver Whistle Award for a distinguished career. Don was an insurance agent for numerous agencies including Hanover, A.T. Armstrong, and Reidman before he retired to focus on his true love, golf. At various times Don was a member of Nottingham Knolls (Drumlins), Bellevue Country Club, and Beaver Meadows Golf Club. He also loved watching his son play golf, devotedly following him from tournament to tournament. Relatives and friends may call Tuesday, March 16th from 4 p.m. to 6 p.m. at the Thomas J. Pirro Funeral Home, 3401 Vickery Rd. (Corner of Buckley Rd.) immediately followed by a funeral service in celebration of Donald’s life at 6 p.m. Face coverings are required. A funeral Mass for both Pat and Don celebrating their lives will be announced at a later date. In lieu of flowers, please consider a memorial donation in the name of Donald Schmidt to the Food Bank of Central New York (foodbankcny.org).

Donald C. Schmidt, 81, of Liverpool and most recently of Camillus, died Tuesday, March 9, 2021 at St. Joseph Hospital Health Center in Syracuse. He was born in Syracuse on August 23, 1939 to the late William and Marian (Miller) Schmidt. Don... View Obituary & Service Information

The family of Donald C. Schmidt created this Life Tributes page to make it easy to share your memories.

Donald C. Schmidt, 81, of Liverpool and most recently of Camillus,...

Send flowers to the Schmidt family.