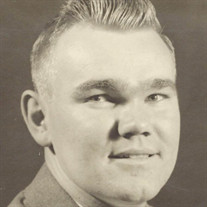 Douglas Lavere Elmore, 86, passed away January 17, 2021 in Syracuse, NY. He was born June 24th in Canajoharie, NY to Clarence and Leona (Slater) Elmore. He was one of seven children and was preceded in death by Clarence, Jr., Carolyn, Rena, Marjorie, and Dennis. His second wife Lois passed away in 2001. He is survived by one sister, Patricia Smith of Mesa, AZ. He is also survived by his children: Brock (Wendy), Johnna (Mike) Germain, Tal (Debbie), and Quint Elmore; grandchildren: Sarah Germain, Casey (Zachary) Fraser, Thomas (Lauren) Germain, Justin Elmore, Austin (Signy) Elmore, Douglas, and Davis Elmore. Additional survivors include his first wife, Patricia Vesey; nieces, nephews, great-grandchildren, and stepchildren, Stephen (Diane), Philip (Claudia) Constantino, and Robin (Donnie) Beaver. After graduation from Canajoharie High School, Doug attended Canton Agricultural and Technical College. Upon graduation, he stayed in Canton and married Patricia Anne MacLeod. It was in Canton where they raised their children. Doug could always be found cheering on his children and the rest of the Golden Bears in all their games and activities. When not in Canton he was traveling to the NYS School for the Deaf in Rome, to cheer on Quint in all his games as well. Doug moved to Florida in 1984 and soon began working at Hungry Howie’s in Clearwater, where he continued in several capacities until his retirement. It was at Hungry Howie’s where Doug developed lifelong friends who became more like family than co-workers. One of his favorite things to do was playing Santa Claus at the Hungry Howie’s Christmas Party! Doug was an avid sports fan, loving all the Florida teams, but his favorite pastime was attending all the sporting events that his children and grandchildren participated in. After the games, holidays, special events or not so special events, Doug loved to go to Johnna and Mike’s…and play cards with his grandchildren! In lieu of flowers, donations may be made to The Loretto Foundation, 700 E. Brighton Ave, Syracuse NY 13205. A Celebration of Life will be held at Palm Harbor Life Celebration Center on Saturday, February 6, 2021 from 2-5, with a prayer service at 2:30 pm.

Douglas Lavere Elmore, 86, passed away January 17, 2021 in Syracuse, NY. He was born June 24th in Canajoharie, NY to Clarence and Leona (Slater) Elmore. He was one of seven children and was preceded in death by Clarence, Jr., Carolyn, Rena,... View Obituary & Service Information

The family of Douglas Lavere Elmore created this Life Tributes page to make it easy to share your memories.

Send flowers to the Elmore family.