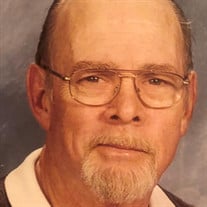 Frederick A. Mohr, 83, passed away at home on December 20, 2021. Fred was born in Syracuse, NY and grew up in Marcellus. Fred graduated from Marcellus High School and was a member of the 1956 co-champion football team. Fred was drafted into the Army in 1961 and was stationed at Fort Hancock, NY with the U.S. Army Garrison MP detachment, received a letter of commendation and a good Conduct Medal in 1963, and was honorably discharged as a Sergeant in 1967. Fred was employed with Rockwell Manufacturing, Crouse Hinds Traffic Control and retired from Rero Inc. in 2003. Fred enjoyed his retirement and loved to hunt, fish, and spend time with his family, especially with his grandchildren and great-grandchildren. Fred was very involved with St. Anthony of Padua Church, and served as a Eucharistic minister, Parish trustee, usher and helped restore the stained-glass windows in the church. Fred, along with his wife Jeanette, received the Immaculata Award from the Bishop of the Catholic Diocese of Syracuse in December 2015. Fred is the son of Franklin and Alice (Lounsbury) Mohr, and was predeceased by his sisters, Beverly (Harry) Lessun, Caroline (Robert) Koppenhafer, and brother, Franklin Mohr Jr. Fred is survived by his loving wife of 54 years, Jeanette R. (Betts) Mohr; sons: Frederick A. (Dawn) Mohr, and James D. Hart; daughters: Doreen A. (John) McCarthy, Karen A. Masker, Susan A. (Mike Davis) Hart and Jean Marie Hart; 9 grandchildren; 6 great-grandchildren, and several nieces and nephews, who all loved him very much. Calling hours will be held on Monday, December 27, 2021 from 10:00 a.m. – 11:30 a.m., immediately followed by a funeral service in celebration of Fred’s life at the THOMAS J. PIRRO JR. FUNERAL HOME, 3401 Vickery Rd. (corner of Buckley Rd.) North Syracuse, NY, followed by military honors at Woodlawn Cemetery Mausoleum. Per the family’s request, Covid protocols will be strictly adhered to, and Masks must be worn properly at all times. In lieu of flowers, donations in Fred’s name can be made to the Wounded Warrior Project.

Frederick A. Mohr, 83, passed away at home on December 20, 2021. Fred was born in Syracuse, NY and grew up in Marcellus. Fred graduated from Marcellus High School and was a member of the 1956 co-champion football team. Fred was drafted into... View Obituary & Service Information

The family of Frederick A. Mohr created this Life Tributes page to make it easy to share your memories.

Send flowers to the Mohr family.