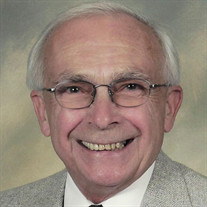 Giovanni “John” J. Rossi, 92 years young, of East Syracuse, left this world on Wednesday March 2, 2022 to be with the Lord. John will be dearly missed by many including his beloved wife Theresa of 67 years, three children; Gregory Rossi and his wife Roxanne (Kindon), Mary Shue and Debbie Larrabee, eight grandchildren, fifteen great-grandchildren and hundreds of others he has touched throughout his life. John’s commitment to his family and willingness to help those in need was unsurpassed. From working three jobs to make ends meet to earning two Outstanding Community Service awards on two separate occasions, his selfless acts were a testament of who he was. John was a devout catholic and enjoyed being active in his church from ushering to bringing Communion to those unable to attend mass. He was also a member of The Secular Franciscan Order since 1993, and The Divine Will. Throughout the years John held many jobs. He managed the Noah’s Ark store in Westvale for many years. He sold homes in Liverpool for Oot Brothers, and later became part owner of Ceo & Rutz shoes in Canandaigua, NY. He retired from Carrier Corporation as a foreman. He continued working after retirement and at the age of 90 he was still working part-time with The Fuccillo Auto Group. John was born to Biaggio “Leo” and Regina Rossi on August 2, 1929, in Wilkes-Barre PA, and was one of nine siblings. He served in the New York State Guard for three years and in 1951 was drafted into the US Army. From 1951-1952 he served as an instructor at Fort Drum and from 1952-1953 he was stationed in Namsam, Korea with KMAG (The Korean Military Advisor Group). In 1954, after returning from the Army, John married the love of his life Theresa Lombardo. John loved spending time outdoors tending to his garden, playing bocce ball, cards, board games and creating lifelong memories and traditions with his family. A funeral mass will be held on Wednesday, March 9, 2022, at 10:00 AM in St. Daniel’s Church, 3004 Court St. Syracuse, NY 13208. Burial will take place in St. Mary’s Cemetery, Dewitt. Family and friends may call on Tuesday, March 8, 2022, from 4:00 – 6:00 PM at the THOMAS J. PIRRO JR. FUNERAL HOME 3401 Vickery Rd. (Corner of Buckley Rd.) N. Syracuse, NY 13212. In lieu of flowers, donations can be made to St. Daniels Church.

Giovanni &#8220;John&#8221; J. Rossi, 92 years young, of East Syracuse, left this world on Wednesday March 2, 2022 to be with the Lord. John will be dearly missed by many including his beloved wife Theresa of 67 years, three children; Gregory... View Obituary & Service Information

The family of Giovanni "John" Rossi created this Life Tributes page to make it easy to share your memories.

Send flowers to the Rossi family.