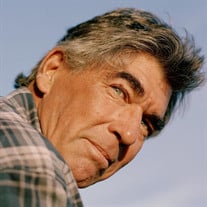 Kevin “Kip” R. Milligan, 66, of Pennellville, passed away on September 17, 2021. He was born in Syracuse, son of the late James and Marion “Nye” Osborne Milligan. Kevin was a 46-year member of Roofers Local #195. He served with great pride as Union President, Trustee and friend. Kevin was employed for over 25 years with Josall Syracuse, Inc., and a trainer for Roofers Local #195 JATC throughout his career. Kevin was very passionate about the Union and stood strong on his principles. He was often quoted as saying, “He was married to the Union.” Kevin worked tirelessly for the brotherhood and on behalf of roofers throughout the Northeast. He also served as the Executive Director of the Associated Roofers Educational Corporation, training workers throughout New York and Pennsylvania in the hazards of asbestos handling and abatement. Most importantly, Kevin was a husband, father, grandfather, son and brother. Kevin is survived by his wife, Beverly Badore; children Meghaan (Sky) Tsou, Nicolas Milligan, Bridget (Tommy) Badore, and Benjamin (Anna) Badore; four grandchildren; sisters, Susan (Thomas) Wood and Kim Milligan; several nieces, nephews and extended family. Besides his parents, he was predeceased by his sister, Janet Tennant. Family and friends may call from 5 - 7 pm on Thursday, September 23, 2021 at the THOMAS J. PIRRO JR. FUNERAL HOME, 3401 Vickery Road (corner of Buckley Road), North Syracuse, NY. Private burial will take place in Oakwood Cemetery, Chittenango.

The family of Kevin "Kip" R. Milligan created this Life Tributes page to make it easy to share your memories.

Send flowers to the Milligan family.