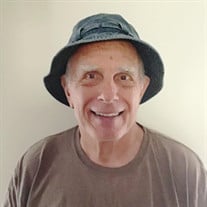 Michael D. Ferrell, 75, passed away at home surrounded by his loving family. He is survived by his wife of 35 years, Marty Ferrell; children, Traci (Michael) Maxwell, Tom (Nicole) Barone, Kathy (Scott) Garbooshian, Kerry (Colin) Ferrell, and grandchildren, Courtney, Jeremy, Zachary, Joshua, and Megan. Michael was born and raised in Canton, Ohio. When he moved to Syracuse, he was the Director of Safety Services at the American Red Cross. Michael graduated from SUNY Cortland with a master’s degree in Science Education. He was an adjunct professor at Syracuse University while earning his PhD in Philosophy, Science Education. He spent many years throughout his career coaching various CNY swim teams, in addition to training and certifying lifeguards. Coaching the Liverpool Boys Varsity Swimming & Diving team was the highlight of his career, where he was named coach of the year in 2013, 2014 & 2020. While there, he had the opportunity to share his amazing work ethic, always positive attitude, and good values for many years. He inspired his swimmers to “be the best they can be” in both swimming and life. He modeled this by his own constant pursuit of knowledge where he encouraged others to always ask questions. He was not only a mentor but also became a lifelong friend to many. He enjoyed spending time with his family, traveling, golfing, playing and listening to music, woodworking and always lending a hand to those who needed it. He will be greatly missed by his family and all of those who had the good fortune to know him, but his spirit will live on in all of us. The family would like to express gratitude for the compassionate care given by Dr. Cherney, Jim Butler, Hannah, Amy, and Maggie from HOA and Hospice. In keeping with Michael’s wishes, his body will be donated to Upstate Anatomical Gift Program to aid in the education of health care professionals. In lieu of flowers please send donations to Pancreatic Cancer Action Network or St. Jude Children’s Hospital.

The family of Michael D. Ferrell created this Life Tributes page to make it easy to share your memories.

Michael D. Ferrell, 75, passed away at home surrounded by his...

Send flowers to the Ferrell family.