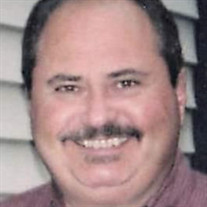 Michael A. Mancuso; 74, of Liverpool, passed from this life on Monday, April 26, 2021 at Francis House. Mike was born October 2, 1946 in Oswego the son of Michael and Margaret Mary Mancuso. Mike moved to Camillus, NY and graduated from Most Holy Rosary High School in 1964. He studied at St. Andrews Seminary in Rochester and Wadhams Hall Seminary in Ogdensburg, where he graduated in 1968. He attended Christ the King Seminary in Olean, NY and was ordained as a priest May 13, 1972. After his ordination he served at Our Lady of Sorrows in Vestal, was the Chaplin for the Vestal Police Department and taught at the Central Catholic High School in Binghamton. He served at St. Michael’s on Onondaga Hill Syracuse and was the Chaplin for their fire department for many years. Michael also served at St. Agatha’s in Canastota, St. Anthony’s in Syracuse, St. Anthony’s in Utica and St. Rose of Lima in North Syracuse. He left the priesthood in 1988 and worked for Federal Express until his retirement. After his retirement, Mike worked part time for Harbor View Liquors, Christ the King Retreat House, NAPA, AVIS and Thomas J. Pirro Jr. Funeral Home. Michael is survived by his wife of 30 years, Laura Holden-Mancuso; his sister, Anne Marie Mancuso and (Kathy Zabinski) of Liverpool; his brothers by marriage, Daniel and (Kathy) Holden of Auburn, Wes and (Marla) Holden of Virginia, Mike and (Lura) Holden of Chatham, Roger and (Tona) Holden of Oregon; his nephews and nieces , Kevin Graham of Texas, Nick Graham of Clay, Isaac Holden and Sam Holden of Auburn, Matthew Holden of Virginia, Josh Holden of New Jersey, Emily Cervone of Massachusetts , Sarah Ozmon of Chatham and Joran Holden of California. Laura would like to extend gratitude for the love and support from friends and relatives both near and far. We would not have been able to travel this road without you. A special thank you to Francis House, for the love and care given to Michael. A Funeral Mass honoring Michael’s life will be held at 10:30 am on Monday, May 3, 2021 at St. Michael & St. Peter Church, 4782 W. Seneca Turnpike, Syracuse, NY. Family and friends may call from 12 – 3 pm on Sunday, May 2, 2021 at the THOMAS J. PIRRO JR. FUNERAL HOME, 3401 Vickery Rd. (corner of Buckley Rd.) North Syracuse, NY. In lieu of flowers, contributions in Mike’s memory may be made to Nazareth Elementary 311 Flower City Park, Rochester, NY 14615 or Francis House, 108 Michaels Ave., Syracuse, NY 13208.

Michael A. Mancuso; 74, of Liverpool, passed from this life on Monday, April 26, 2021 at Francis House. Mike was born October 2, 1946 in Oswego the son of Michael and Margaret Mary Mancuso. Mike moved to Camillus, NY and graduated from Most... View Obituary & Service Information

The family of Michael Anthony Mancuso created this Life Tributes page to make it easy to share your memories.

Michael A. Mancuso; 74, of Liverpool, passed from this life on...

Send flowers to the Mancuso family.