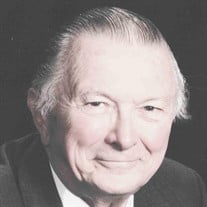 Michael Stefanco, Jr., 84, of Westvale, passed away December 13, 2020 at Van Duyn Center. He was born in Pittston, PA, son of the late Michael and Blanche (Kandefer) Stefanco, Sr. Michael graduated from Moscow High School, was a U.S. Army veteran and received his bachelor’s degree from Geneva Theological. He worked at International Correspondence Schools before moving to Syracuse. Michael was a computer expert and went on to work for Computer Solutions, formerly Nynex Computer Services as a sales rep and computer instructor; he also worked as an adjunct instructor at OCC until his retirement. He was a railroad enthusiast and enjoyed gardening; he also enjoyed camping in his younger years. Michael was a wonderful husband, caring father and grandfather, brother and friend to all he met. Always smiling, he will be deeply missed. In addition to his parents, he is predeceased by his first wife, Annette Stefanco; a son, Michael Stefanco III and brother, John Stefanco. Michael is survived by his current wife of 33 years, Anna (Castrilli) Stefanco; three children, Marianne (Ken) Strait, Paul (Carrie) Floreck and Lisa Letizia; five grandchildren, Christopher and Timothy Strait, Francis Letizia III and Evan and Alanna Floreck; a sister, Madeline (Clement) Rinaldi, along with several nieces, nephews and cousins. Visitation will be held on Friday, December 18, 2020 from 10 – 11:30 am at St. Charles-St. Ann’s Church, 417 S. Orchard Rd. Syracuse, NY, immediately followed by a Funeral Mass in celebration of Michael’s life at noon. Burial with Military Honors will follow in Assumption Cemetery. In lieu of flowers, donations may be made to St. Charles-St. Ann’s Church Food Pantry.