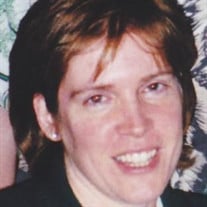 Nadine W. Cole Flowers formerly known as (Nadine Anne Williamson) passed away in Dallas, TX at Richardson Methodist Medical Center at age 65. She is predeceased by her parents, Charles Williamson and Florence Loveless of Baldwinsville, NY and her first husband, Gary D. Cole DOD 10/13/2003. Name at that time was Nadine Williamson Cole. She is survived by a daughter, Alison Campanello 38, her husband John and their two daughters, Haley and Natalie who reside in Cicero, NY; her son, Adam Cole 36, and his wife Theresa residing in Memphis, NY; her sister, Susan Wicher 68, and her husband Dan residing in Malaga, Spain; her sister, Maribeth Druse and husband Frank residing in Springfield, NY; her second husband, Ramon Flowers 66, residing in Dallas ,TX; her two half-sisters, Marylin and Pat and many other relatives around the country. Nadine received a Bachelor’s in Music Theory from the prestigious Eastman School of Music in 1976. She went back to school in 2003 and graduated Phi Theta Kappa Suma Cum Laude from Onondaga County Community College with an Associates of Applied Science Electrical Engineering in 2005. She moved to Dallas in 2012 and started working at Nano Signature Imaging Technologies and worked there as a Controller until her death. Nadine was a stout Christian and held firm in her faith no matter how trying the times were. She believed that faith in God was the answer and that the power of prayer would change the world. If anyone had something that was worrying them all they needed to do was tell Nadine and you could rest assured she would pray until some sort of answer had been received. She led the choir at many churches over the years and always managed to find her way to the piano to accompany the music portion of service. Her passion was music and was the driving force behind her hobbies and interests. She accompanied hundreds of students both in New York and Dallas for competitions and performances. She worked for multiple school districts and was one of the most sought after pianists in the area. She was the President of the Melodie Club which awarded academic scholarships to students with a musical background. She participated with the Berkener High School pit orchestra for many shows and was a dear friend to many people there. Visitation will be held on Saturday, November 21, 2020 from 11 am – 12 pm, immediately followed by a memorial service at noon at THOMAS J. PIRRO JR. FUNERAL HOME, 3401 Vickery Rd. (corner of Buckley Rd.) North Syracuse, NY. To attend the memorial service remotely, please use the above link on Saturday, November 21, 2020 at 12pm.