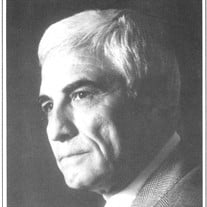 Lon Frocione, a lifelong resident of Syracuse, passed away on October 21, 2020 at the age of 88. Lon was a local business leader and entrepreneur. He was the owner and founder of Deli-Boy Inc., a food distribution company with headquarters in Syracuse and a branch office in Rochester, NY. Lon was an innovator and industry leader as he saw the growth of in-store deli and bakery departments in supermarkets and developed his company around servicing the local grocery store industry’s expanding needs. Over time Lon’s business grew into a regional leader in not only retail food distribution, but also foodservice food distribution. Deli-Boy and its subsidiary Big Apple Deli Products has been servicing its customers since 1960. In addition to his business accomplishments, Lon was an avid Harness Horse owner and driver. Lon holds the record for the most racing wins as an amateur driver in the sport’s history. He owned many great harness horses in his career with Sportsmaster being the biggest winner. He was named Harness Horse International Man of the year in 1988, the sport’s highest award. Lon was a member of the United States Trotting Association board of directors for 15 years, President of the local Harness Horse Association of Central New York and a member of the Equine Board of Directors at Morrisville College. In his various leadership positions, he was known for representing the interests of everyone involved in the horses industry especially the owners and trainers. He had many friends in the industry such as Tony Mondi, Joe Pavia Jr., Brett Bittle, Joe Feraldo and John Simpson Jr. just to name a few. Lon was inducted in the Syracuse Sports Hall of Fame in 1999. Lon was a member of the Board of Directors of Solvay Bank for 44 years lending his wisdom, experience and business acumen to the over 100 year old bank. He was also a board member of the Jim and Juli Boeheim Foundation. He served in the Army and Army reserves during the Korean conflict, where he was stationed in Germany. Lon was predeceased by his parents and his wife of many years, Mary (Ferlenda) Frocione, along with his 5 siblings, Edith (Frocione) Nett, Rick Frocione, Yolanda (Frocione) Santaloce, Anita (Frocione) Spinoso, and Rita (Frocione) Leogrande. Lon is survived by his son, Todd Frocione (Tiffany); daughter, Dia Frocione (Archie); his companion of many years, Bonnie Luciano; his grandson Vincent; as well as a brother, Ernest (Connie) Frocione. Lon will be missed by his loving family, his many friends, co-workers, horse family, and various board members. His ability to connect with others and develop long lasting relationships was his gift that he leaves to all who he encountered. We will all miss his insight and ability to solve complex situations with simple solutions. There are no calling hours as Lon wished to have a private burial ceremony. Donations in his memory may be made to the Morrisville College Foundation or the Jim and Juli Boeheim Foundation.

Lon Frocione, a lifelong resident of Syracuse, passed away on October 21, 2020 at the age of 88. Lon was a local business leader and entrepreneur. He was the owner and founder of Deli-Boy Inc., a food distribution company with headquarters... View Obituary & Service Information

The family of Orlando "Lon" Vincent Frocione created this Life Tributes page to make it easy to share your memories.

Lon Frocione, a lifelong resident of Syracuse, passed away on...

Send flowers to the Frocione family.