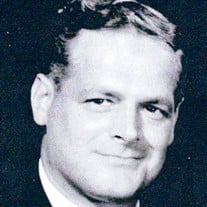 Patrick John Vassallo passed away in his Jamesville-DeWitt home on October 26, 2021, after a life that can only be described as a great American success. Born on July 21, 1927, Pat was the youngest of seven children, his parents immigrants from Montecorvino Rovella, Italy. He grew up on the North Side, lost his father at age nine, held two jobs at age ten, and went to church every Sunday. At seventeen, to his mother’s chagrin—he was her baby, after all—Pat left North High School to join the United States Navy in World War II. Although he was underage, Pat was unflappable: he wanted to serve, and serve, he would. Even Ma, who would have made a good general herself, was forced to relent. After the war, Pat went back to North High to complete his degree, and promptly fell in love with a gorgeous coed named Delores Valerino. They were married on September 15, 1949, kicking off one of the great love stories of all time—and that’s no exaggeration. With a young wife to support, Pat, like many young Syracusans, went to work in the Crouse Hinds foundry. Pat’s determination was boundless, and his rapid ascent at Crouse Hinds was the pride of his Italian American community. After years of tireless dedication, including earning an Engineering degree at Syracuse University via night school, Pat was promoted to Vice President of Manufacturing. It was one of his proudest accomplishments. “Nothing came easy to me, Kid,” he told his granddaughter last summer, and he said it with a smile—because, for Pat, the easy ride was of no interest. After 42 years and many accolades, he retired from what had then become Cooper Industries. He left the company a homegrown legend. Pat was a mainstay of the Syracuse community. He ushered at Our Lady of Pompei, belonged to the Knights of Columbus and Lakeshore Country Club, served on Boards of Directors, and loved golf, bowling, and fishing. He was a beloved brother, uncle, cousin, father, and friend. Above all, Pat was a devoted husband to the wife he loved for 72 years. Every day, he would point at Delores and say, “Questa è la bellezza di Mammeda”—this is the beauty of her mother. After Delores died in June 2021, he said it to her photo. But of all his many roles, the one to which this writer speaks personally is of Pat as Grandfather. “Gramps” was famous for his pancakes, which he made for us every day when we were in town. He did not use a recipe, so they can never be replicated, which is apt, because neither can Gramps. He played with us, laughed with us, and taught us Neapolitan expressions like “Penz’ alla salut,” “canta tu,” and “pare brutto.” He was also a great giver of nicknames: he called his granddaughter “Sugie,” his grandson “Robsky James,” and his grandson “Declini.” More than anything, Gramps loved us. The last words he ever spoke to me, his granddaughter, say it best: “As long as you and Declini are doing well, Sugs, your grandfather is a happy man.” Gramps did not know he was about to die when he said this—he was spreading mulch in his front yard two weeks ago and had plans to buy a ride-on mower in spring—but he lived every day like it was his last. In that, he was blessed to die with no words left unsaid, and no regrets. Pat is survived by daughter Deborah Vassallo Esposito of West Hollywood, CA, son-in-law Jerry Esposito of Miami Beach, FL, granddaughter Leigh Esposito and great-grandson Declan Brando Toal of Miami Shores, FL, grandson Robert Esposito of San Francisco, CA, sister-in-law Joan Valerino of Syracuse, NY, goddaughter Marybeth Dimico of East Syracuse, NY, godson Patrick Vassallo of Clay, NY, aide Leann Doyle of Syracuse, NY, and many nieces, nephews, and cousins. Pat was predeceased by adored wife Delores Valerino Vassallo, mother Almerinda Fortino Vassallo, father Orlando Vassallo, and seven siblings: Matthew Vassallo, Thommasina Lostumbo, Peter Vassallo, Nicholas Vassallo, Elizabeth Valentine, and Eva Surace. A funeral service will be held at Our Lady of Pompei/St. Peter Church, 301 Ash St., Syracuse, NY on Wednesday, November 3, 2021, with visiting hours from 10:30-11:30am at the church, mass from 11:30am-12:30pm, and a committal service at Woodlawn Cemetery Mausoleum to follow. Donations may be made to Our Lady of Pompei/St. Peter Church.

Patrick John Vassallo passed away in his Jamesville-DeWitt home on October 26, 2021, after a life that can only be described as a great American success. Born on July 21, 1927, Pat was the youngest of seven children, his parents immigrants... View Obituary & Service Information

The family of Patrick John Vassallo created this Life Tributes page to make it easy to share your memories.

Patrick John Vassallo passed away in his Jamesville-DeWitt home...

Send flowers to the Vassallo family.