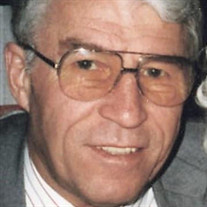 On Monday, February 14, 2022 Paul Barkal, Sr. passed away at his home at the age of 86. Paul was born in Manhattan, NY to the late Anna (Sifel) and John Brkal. As a youth, Paul excelled in many sports, especially gymnastics. In New York City, he trained at the Sokol Gymnastics School where he developed exceptional skills that led to a gymnastics scholarship to Syracuse University. While in college, Paul enrolled in the ROTC program. He eventually went on to the Air Force Reserves and rose to the rank of “Major” with 20+ years of service. At this time, Paul also began boxing. He initially fought as an amateur and became a Golden Glove Champion. He then moved on to fight professionally and had an outstanding career. After hanging up his gloves, Paul continued to be very active in boxing events, especially those held at the International Boxing Hall of Fame. Graduating from SU in 1957 with a degree in Physical Education, Paul went on to teach Phys. Ed. at Roxboro Road Middle School. After a few years of teaching, he then settled into a lifelong career as a pharmaceutical sales representative for Schering-Plough Corporation, retiring in 1997. He excelled in sales not only for his smarts, but also for his outgoing, charming, witty personality and you could ALWAYS count on Paul for a great joke! Paul had many accomplishments throughout his life, but his most precious one was meeting his future wife Pauline (Kobielski) while attending college. After marrying, they remained in the Syracuse area and raised three children. Throughout his life, Paul took great pleasure in spending time with family and friends as well as traveling. Not only was Paul predeceased by his parents, but also by his first wife Pauline in 1977 and his second wife Judy in 1999. He is survived by his children, Paul Barkal, Jr (Susan), Lisa Barkal and Peter Barkal; stepdaughter Jennifer Cox-Stambro; grandchildren, Sarah Johnson (Michael) and Matthew Barkal; and his brother, John Barkal. A service in celebration of Paul’s life will be held at a later date. In lieu of flowers, contributions in Paul’s name may be made to the International Boxing Hall of Fame, 360 N. Peterboro St., Canastota, NY 13032 or to Hospice of CNY, 990 7th North Street, Liverpool, NY 13088.

On Monday, February 14, 2022 Paul Barkal, Sr. passed away at his home at the age of 86. Paul was born in Manhattan, NY to the late Anna (Sifel) and John Brkal. As a youth, Paul excelled in many sports, especially gymnastics. In New York City,... View Obituary & Service Information

The family of Paul Barkal, Sr. created this Life Tributes page to make it easy to share your memories.