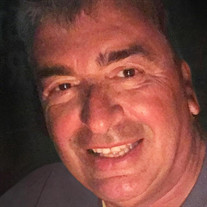 On Sunday, January 3rd at 8:13 p.m. the world lost the most outstanding father, upstanding community leader, a man filled with a heart of gold and never ending love, Mr. Peter Paul Costello. This selfless, kind, and strong man departed after a great battle as he was called to join the Kingdom of Heaven. Peter was born to Frank Costello and Rose Ciccarelli in New Hartford, New York, on June 29, 1955. His childhood was filled with many adventures with his five siblings, eating meatballs out of his mother’s homemade tomato sauce, and devoting time to his faith. Later Peter attended St Francis De Sales High School. He was an excellent cross country runner, threw a strong knuckleball, and cross country skied with his best buddies. After graduating, Peter studied business and worked towards his bachelor’s degree in Materials Management from SUNY Empire State College. After receiving a job in business, Peter moved to Boston where he grew love for Boston sports. Throughout his life as a single father, he sacrificed and devoted himself to his two cherished daughters and every person around him. Peter’s faithful heart led him to embrace the Catholic community throughout Syracuse. He frequently volunteered his time at St. Margaret’s and Bishop Ludden. Peter was an outstanding support and frequently attended his daughters’ sport games. When the summer months came, Peter loved to go camping. Peter’s favorite way to relax was sitting with his feet in the water on Lake Ontario at Selkirk Shores with his summer family. Peter leaves behind an enormous hole in so many hearts and lives. He will be missed daily as we navigate this life without him now. Peter will now join his parents, Frank and Rose Costello, and his siblings, James Costello, Frank Costello, and Violet Lagotta, in sweet hereafter. Peter is survived by his two cherished daughters, Sarah Rose and Kathryn Louise Costello and his siblings John and Marie Costello. Peter is also survived by many family and friends including the Costello Family, the Hunt family, Lynn, and many nieces, nephews, cousins, and grand nephews. A Mass of Christian Burial will be celebrated on Tuesday, January 12, 2021 at 11 a.m. in St. Margaret’s Church, 203 Roxboro Road, Syracuse. Private burial will follow in Assumption Cemetery. Family and friends may call on Monday, January 11, 2021 from 4 to 7 p.m. at the THOMAS J. PIRRO JR. FUNERAL HOME, 3401 Vickery Road (corner of Buckley Rd.) North Syracuse, NY. In lieu of flowers, contributions in Peter’s memory may be made to a go fund me account that has been set up at http://gf.me/u/zfg4qu

Send flowers to the Costello family.