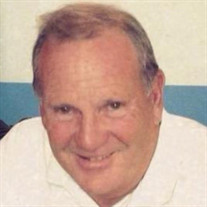 Stephen J. Cardamone, 70, of Ithaca, passed away peacefully on Tuesday, March 9, 2021 at his home surrounded by his loving family. He was born in Norristown, PA to the late John and Catherine (Kay) Cardamone and graduated from Elmira Free Academy. On August 13, 1983, Stephen married Carol Jo Grabowski and started his career working at National Homes in the early 70’s and worked his way up to starting his own business, Cardamone Home Builders. Steve built hundreds of beautiful custom homes throughout the tri-county area including Chemung, Steuben, and Tompkins counties with his sons by his side. He built Spring Creek Apartments and developed several housing communities throughout his life. Steve, his family, and friends shared many special memories at Turning Stone Casino, Atlantic City, Sylvan Beach, Ithaca Yacht Club and at his condo on Jupiter Island, FL. He was an avid boater, collector of sports cars, enjoyed gambling, playing Blackjack, watching the NY Giants, and was a 3-time winner of the Island House Harry Wolfington Backgammon Championship. Steve will always be remembered for having a huge heart, his unknown acts of kindness, his strong work ethic, and his over-the-top attention to detail. He loved waking up every morning to go to work. Steve was extremely proud of his family, he created his life legacy by living the true American dream, building from the ground up, hard work every single day and by enjoying the life he lived, with remarkable generosity. As well as his parents, Steve is predeceased by, his brother John Cardamone, and mother-in-law Barbara Grabowski Steve is survived by his devoted wife, Carol (Grabowski) Cardamone; his children, Corey (Kim) Bourgeois and their children, Zach, Bailey, Molly, Charlie, Cullen and great-granddaughter, Kaiyden; Stephen (Amy) Cardamone and their children, Stephen III and Gabrielle; Shelly (Gary) Southard and their children Jack, Meg and Sofia; Scott (Michelle) Cardamone and their children, Scott II and Ryan; Kristi Bourgeois and her children, Hayden and Kori; his brothers, Benjamin (Patricia) Cardamone and Robert Morrow; father-in-law Joseph Grabowski; sister-in-law Pamela(Ken)Lewis, brother-in-law; Thomas (Lisa) Grabowski; his beloved fur baby, Maci Jo; along with several nieces and nephews. Public Calling hours will be held on Monday, March 15, 2021 from 9:30AM to 11:30AM in St. Catherine of Siena Church, 309 Siena Dr. Ithaca, NY 14850, followed by a Funeral Mass in celebration of Stephen’s life at 12:00PM, NOON in St. Catherine of Siena Church: due to Covid restrictions, there will be limited seating available and funeral Mass will be a live streamed starting at Noon at: www.stcathofsiena.org. A Private burial will be in Maple Grove Cemetery, Horseheads, NY. Steve’s family would like to extend a special heartfelt thank-you to, Amanda Sidle, Dr. Tony Sanito, James Larounis and Tom Pirro, Sr. for their love and support during his courageous battle with pancreatic cancer. In lieu of flowers, contributions in Steve’s honor can be made to the Food Bank of the Southern Tier, 388 Upper Oakwood Avenue, Elmira, NY 14903 or your own favorite charity in his name.

Stephen J. Cardamone, 70, of Ithaca, passed away peacefully on Tuesday, March 9, 2021 at his home surrounded by his loving family. He was born in Norristown, PA to the late John and Catherine (Kay) Cardamone and graduated from Elmira Free Academy.... View Obituary & Service Information

The family of Stephen J. Cardamone created this Life Tributes page to make it easy to share your memories.

Stephen J. Cardamone, 70, of Ithaca, passed away peacefully on...